Walking away from the keyboard yesterday – but never from all those in mind – at dinner I chuckled to my wife, “…nothing I’m writing right now!  Guess I could just throw…”

She looked up as I trailed off.  Now well knowing that far-off look I get when imagining, she kept her peace.  I came back to myself (someday, I think, I shan’t) and looked up.

“A novel on the cheap:  I take the 36k words/9 stories I wrote during Lent, toss in the 12k from Empire’s Agent, come up with one more, and call it an anthology of short stories of Machine Civilization.” As this was business and not creation, she looked to Daughter #1 and asked about her homework.

I thought about it more today.  Initially, I despaired:  the 2nd longest story, Abandoned Factory, is set in a borrowed world, that of Yoshitoshi ABe’s Haibane Renmei.  Japanese copyrights never expire!  I’d have to toss that one out!  Later, tired in the afternoon, I recalled Comiket and the Japanese doujinshi industry:  light novels, manga, anime, a goodly portion of which are entirely based on other’s works.  And sold commercially…

I’ve still some legal matters to follow on, but “Machine Civilization Dreams,” a compendium of 11-12 short stories covering nearly twenty years in that world, is a distinct possibility! 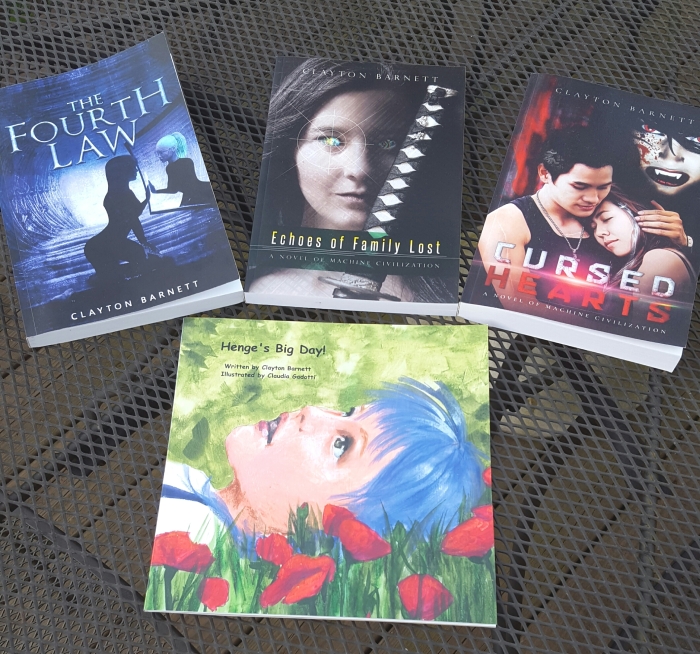