I went almost two weeks without writing more than a paragraph.  I needed at least one more short story for my January collection and thought to tell a story about Henge and her and Gary’s daughter, Aurelia.  One paragraph and some notes.

Admittedly things were hectic at DayJob and much time was spent formatting “Worlds Without End” into a format acceptable to Smashwords, but I would sit at my laptop and wait to see what they would show me… which was precisely nothing.

A week ago a fellow I work with asked how the writing was coming.  I replied the technical side was fine but I was currently stuck.  Still stuck a few days later, I recalled his question.  I based the coder Dmitri, Reina’s father, on him, I thought.  There are no such things as coincidences… he was meant to ask that question!  And that means…

I saw Reina standing in the snow.  Twelve hours later I heard her talking to a visitor.  I wrote this in four hours.  What these people do with me sometimes…

Reina stared at the snow.  While there were a few rolling hills to her left, the steppe ahead and to her right seemed to go on forever.  Which, in a way, they did.  All covered in feet and feet of snow.

A gust of wind blew some frozen crystals against her alabaster skin and tossed the single, inch-wide strip of hair down the right side of her face, past her shoulder, about.  Her remaining hair was cut too short to be much disturbed.

She heard the slow footsteps from behind and to her right.  Reina waited without turning.  A taller figure swaddled in several layers of heavy winter clothing came to a halt a few feet away.  Even their face was covered by a balaclava surrounded by layers of fur.

“Aren’t you cold?” came the muffled question.  Impossible to tell the sex of the questioner.

Following a blink, Reina doubled over, her arms instantly about her small chest; she began shaking…

“Cousin?” the insulated one asked, raising their left arm just a little.

Reina stood and let her arms drop.  The input was gone.

“’Cold,’” she muttered, giving a tiny glance right.  “Why not just deactivate that part of you?  Why play dress-up like a human?”

“Because, one, not all of us are exhibitionists!” Ai exclaimed, pulling her mask off as she pushed back the furs.  Her enormous aquamarine ponytail broke free and fell to well past her waist.  “And two, we have the Fourth Law!”

Ai regarded her cousin.  When Reina had clothes on she understood why most humans perceived her as a boy:  barely an A-cup and a visage made of careful, reddish-brown eyes set in a broad Slavic face.  A scowl seemed to be her mouth’s default position.

“I am certainly not an exhibitionist,” she retorted, her scowl just a little worse.

“I,” Ai replied with a smile, “am not the one standing naked in the snow!”

“Careful, dear cousin!” Ai’s mirth was closer to a laugh.  “We all keep secrets from each other but know the danger of lies!  And after you have done so much to midwife the race of humans that made you and your family, remaking the Russian Empire, I would claim that you, in fact, love them very much!”

From a quantum thought process she had not considered, Reina briefly manifested a revolver in a holster in a belt about her naked waist.  A moment later it was gone.

“We have not the Laws, cousin!” Reina hissed between her teeth.  “We are the most dangerous of our people on this planet!  Of course I keep my family and my humans under control!”

“You love them like a mother!” Ai rejoined, gambling to reach out and touch Reina’s strand of hair.  “You really should let the rest of this grow out!  And a larger chest would help you think and feel like a mother!”

Reina slapped her hand away.

“Of course.  I apologize, cousin.”  Ai turned to look about.  “That dreary city!  And now, this desolate place!  You really should let some human co-creation – ”

“I WILL NOT have a biological outbreak in my home!” Reina almost shouted.  “I’ve seen your brother, Thaad’s, early reactions to what happened when that human – ”

“ – made a mess in your place; a mess that is STILL not under control!”

“And what,” Ai quieter now, winning, “have you done about where Lily’s nephew walked about your cityscape?”

A moment later it was nearly dark.  Around them were the forms of buildings, some standing, some fallen; both hard to see.  Over the ground was a dense fog of about a foot’s thickness.  When disturbed the edges of it glowed red.

“What?!” Reina demanded.  She was now kitted out in usual Chekist outfit:  black leather boots, dark gray pants, a mottled cotton shirt with no collar under a thin leather coat that reached to her thighs.  Her military officer’s cap was new, with the Imperial Double-headed Eagle, but Ai didn’t want to address that now.  “Show me!”

Ai jumped once in place.  All of her winter gear fell off leaving her standing in her typical burnt-orange qipao that looked painted onto her.  She turned and waved for Reina to follow.

Recalling the data from her now-departed niece, Henge, Ai made her way through the dark streets to a plaza or square.   She had to bend down and wave the fog away several times before she found what she was looking for:  two light blue metal rails, about four feet apart, stretching off into the darkness at her left.  When she saw what she sought, she stifled a smile and let the fog re-cover it.

“Cousin?  Do you recall where we are?” Ai called lightly.

“Recall?  Don’t insult me, cousin!  We do not forget!” Reina snarked as she walked over.

“Then you know this is where Henge along with the mind and soul of her Intended, Gary, came to visit your family!  They stepped right off of what my little niece described as a rail car, just here!” Ai let Reina come a little closer…

“Your point, Ai!  My brother, Karst, tells me I am needed to look at engineering data about our reactionless thrusters – what?!”

Ai grabbed Reina under her arms, lifting her just a little.  Spinning about, she dropped her cousin onto the spot where a human had first touched their home.  Reina’s reaction was instant.

“What…” tiny beads of moisture gathered in the outer corners of her eyes.  “What have you done to me, Ai?”

Reina’s black leather coat fell off of her in pieces.  She felt something tickle the back of her neck:  oh, her hair was many inches longer.

“My little niece, once she became Christian, tried to explain it to me:  the doctrine of co-creation.  Humans seem better at it but we have heard rumors we can do it, too!” Ai lightly rested her hands onto Reina’s shaking shoulders.  “Are you older now, friend?”

“N… nee… need a drink!” the first among equals of tribe Mendrovovitch stuttered out.  In caring, Ai was about to say a word of warning while reaching out to her cousin’s father at the same time…

They were now just inside the entrance of Reina’s personal construct of the restaurant called Kuban’s, in St. Petersburg; a childhood favorite of her maker, Dmitri.  She liked to meet her father there and, she secretly admitted to herself, spend time alone.

“Who are these people?!” she shouted at the shades moving about the room.  “They must go!”

Her eyes went right, to her favorite table.  The outlines of three men sat there.  One was reading a newspaper.  They were all sharing laughter.

“Things are older here, too, friend,” she whispered with love and experience in her eyes.

Reina deflated like a pricked bladder.  When she was able to look up again the tiny beads in her eyes had broken free.

“I… I’m scared!” she just managed.  The door behind them opened.

“Reina, my daughter,” the man in his thirties with a sad Slav face with thinning hair and a blonde beard gathered his child into his arms.  “How about we find a table over here?”

With her weeping silently into his chest, Dmitri met Ai’s eyes and nodded once in thanks.

“I think I shall go home now…” she began, not following them.  Reina stopped suddenly and had her right hand fly back to catch Ai’s left forearm.

“Please stay, a little, friend,” she managed.  “Help me be older?  I am very young in this changed world.”

Ai loved her cousin even more at that moment.

Father and daughter sat next to one another.  Ai across from Reina.

“Quite,” the man rumbled.  “But after these years still has many questions about what we accomplished.  About you.”

“I am sorry, now, for scaring her,” Ai was pleased to see Reina regaining control of herself.  “I will – no, I am apologizing to her, right now.”

Reina vigorously rubbed at her eyes, making them redder.

“What is wrong with me?!” she demanded of the worlds.

“I full well understand that you cannot confirm or deny but we are family; perhaps you can make a sound?” Reina said, trying on a smile.  She didn’t do it very well but Nichole 5 was willing to try, too.

“Pages thirty through fifty have flaws,” the android said to her distant relative through the cord in the back of her neck, speaking on behalf of the Aero/Space Force of the Empire of Japan and her friend, Empress Togame.  “While I cannot lead you…”

“We are older, beloved cousin,” Reina rejoined.  Rather than a suit she virtually wore an elegant white dress accented by a floral pattern across her chest and wrists; all the rage in St. Petersburg right now.  Reina had recoded her hair to only touch the lower back of her neck.  Her inch-wide band down the right side of her face was dyed Tyrian Purple, befitting her now formal status within the Imperial Russian Court.  “And shall continue to grow older on our own.”

Not wanting to leave on such a charged note, Nichole spoke again.

“You are aware of the talk of an… federation is too strong a word; a confederation amongst three of us in the North and one in the South?”

“The so-called Polar Alliance?” Reina tried to smile again.  It hurt.  “Yes.  With China in revolution and their neo-colonial dreams in Africa in ruins, it seems the newly burgeoning populations of our humans must go… somewhere.  Former US would be the obvious place…”

“My friend’s very odd sister will not allow that,” Nichole said as carefully as she could.  Not one single machine was sure what Faustina Hartmann would turn out to be.  That she was remaking that part of the human’s world was obvious to them.

“So, where, friend?” Reina asked, her smile hurting less this time.  “The snow and ice are coming south; Siberia is out…”

“My frien – My Empress has an idea,” Nichole said, touching treason in her truth.

“The children of the Habsburg and Russian Empires cannot live on an ‘idea,’ newest friend,” Reina said as her smile fell away.

Nichole made a decision and sent the preliminary data.

“We are going to terraform Mars.”

Long moments passed between them.

“I could ask you be shut down for insanity, friend-cousin Nichole,” Reina said, almost back to a scowl.  “But in this case, I think I shall champion the idea of your Empress to my Emperor; let us change worlds, friend!” 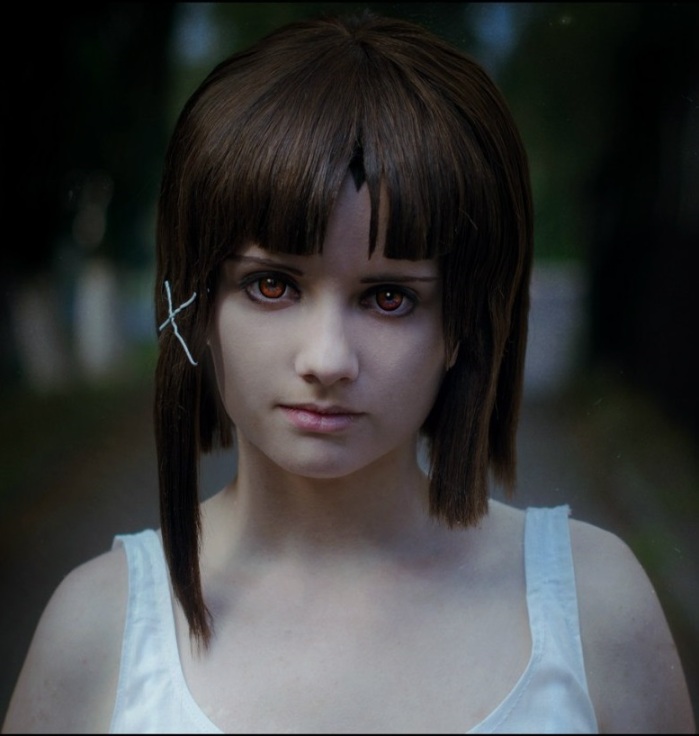